We may be coming toward the end of our summer program here at Way More Israel BUT the memories have piled up, the bonds have become stronger and the ‘Israeli lifestyle’ has become the (never boring) norm.

Lets trace back a few weeks ago to the week #1 of the program. Whilst some were still jet lagged, others still acclimatizing and pre-internship excitement appearing – Way More Israel had in mind a trip like no other…eight hours to ourselves in the magnificent and breath-taking Negev (Israeli desert/’midbar’). One might think to themselves how strange the idea of an outing to the desert is, in the middle of a Middle Eastern summer — but how wrong they would be. There is no better place to create special bonds than on the top of a cliff, overlooking our Jewish history, the land of our forefathers. The mountains that Moshe walked, the land on which our Israeli brothers and sisters have made home and nature that almost screams Divinity.

On the bus at 08:30, we set off to hike our way through a sect of the midbar. A nice two hour long bus ride or ‘bus nap’, as we refer to it, was exactly the prep one would need to face a tiyul in the desert. Once awake, smeared with sunscreen and hatted up we set off on our Israeli adventure. The next moment is a shout-out to all you ‘Jewish Mom’s’ out there…yes, as you can imagine, being in the Middle East the sun is SUPER strong and hiking is not advisable. So…after roughly a 45 minute ‘walk’ (not hike), we were notified that we have to turn around and head toward the bus. Whew…what a lovely hike…I do not believe the desert has seen that many selfies being taken or poses being made. 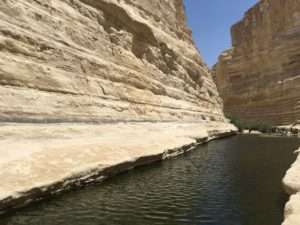 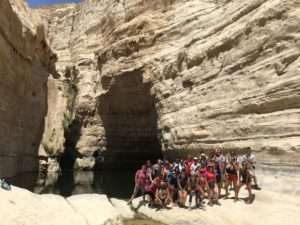 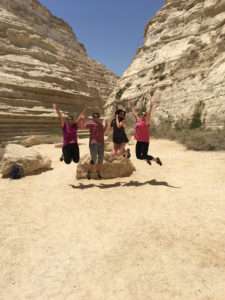 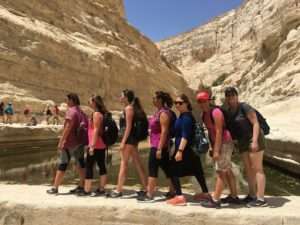 Hiked, hydrated and hungry for more! Off to the historic site of Ben Gurion’s grave we go…how incredible it in that moment to be in such a revolutionary part of Israel (whether it be agriculturally, scientifically or socially) and to be in the presence of the gravesite of one of the pioneers – David Ben Gurion. I think I could write an entire page on how it felt to be surrounded by these sensational views and true Israeli beauty but I would like to share the photo’s so you, yourself, can feel it too… 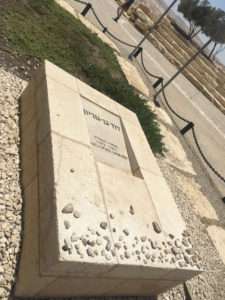 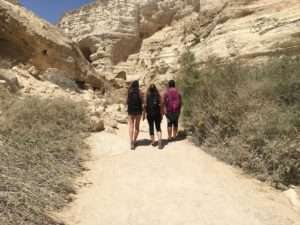 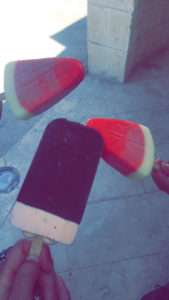 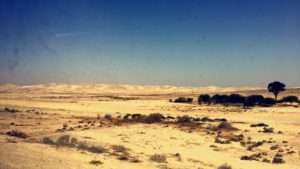 tion! A tour of an Israeli environmental and agricultural innovation… this began with a talk within an air-conditioned tent in the desert. I would like to just repeat myself – a talk within an air-conditioned tent in the desert. What a paradox – the desert is seen to be a place of static, a place where heat is constant, water is sparse, in which humans are unable to survive. Place the desert in an Israeli’s hands and he will change it into a metropolitan. This is what has happened at Carmi Har Ha’negev, Mitzpe Ramon. In a place where nothing is expected or believed to grow, one man and his wife have brought to life a thriving b&b, an olive oil factory, several types of vegetables and fruit growing and blooming, as well as a lifestyle that people living in congested cities would only dream of. 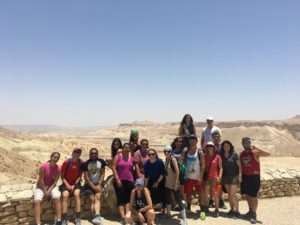 Any artist’s dream is living in a space filled with innovation, inspiration and the perfect amount of aesthetically pleasing landscapes. Yeruchem has just that. Being blessed to visit a true artist in her home was an experience unlike no other. Such love, warmth and passion filled the walls and the notion of seeking one’s true path in life was felt as if it were contagious. 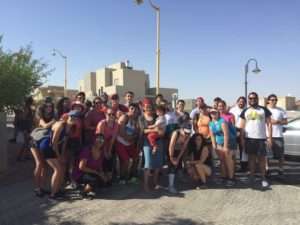 A quick felafel and another ‘bus nap’ we were on our way home (it still stuns me to say that) to Yerushalayim – a place even amongst a blooming desert, that is like no other. 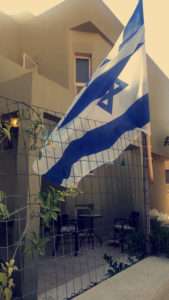 Now, here I am sitting in our room, lined with the golden Jerusalem stone, hearing the music from a Bar Mitzvah that is happening below us and I am thinking to myself …if this isn’t bliss then I do not know what is…